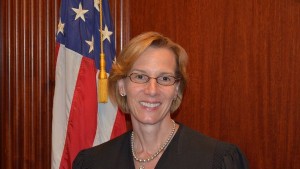 Judge Katherine Forrest was the judge in the trial of Ross Ulbricht.

Even outrage is now a crime in the empire of lies. The Department of Justice is apparently not happy with just  sending Ross Ulbricht to prison for the rest of his life. Now they want to punish the public who is outraged by the behavior of the judge in his trial.

We just found out that the U.S. Attorney’s Office for the Southern District of New York has issued a grand jury subpoena to Reason Magazine, a libertarian publication that often covers liberty-oriented issues and pieces. The subpoena can be read here (The Reason Magazine Grand Jury Subpoena)

The subpoena is dated June 2 and commands Reason to provide the grand jury “any and all identifying information” Reason has about participants in what it is referring to as a “chat.”  The comments in question were part of a discussion thread on an article authored by Nick Gillespie titled “Silk Road Trial: Read Ross Ulbricht’s Haunting Sentencing Letter to Judge.”

Many of the comments that may be perceived as being “questionable” are now gone and appear to have been deleted by the folks at Reason.  A short list of the comments in question were archived by Popehat, and none of them appear to be outright threats directed at this judge, rather just generic and frustrated statements about her actions:

AgammamonI5.31.15 @ lO:47AMltt
Its judges like these that should be taken out back and shot.

croakerI6.1.15 @ 11:06AMltt
Why waste ammunition? Wood chippers get the message across clearly. Especially if you
feed them in feet first.

Cloudbusterl6.l.15 @ 2:40PMIIt
Why do it out back? Shoot them out front, on the steps of the courthouse.

Rhywunl5.3l.15 @ 11:35AMIIt
I hope there is a special place in hell reserved for that horrible woman.

Product PlacementI5.31.15 @ 1:22PMIIt
I’d prefer a hellish place on Earth be reserved for her as well.

croakerl6.l.15 @ 11:09AMIIt
Fuck that. I don’t want to oay for that cunt’s food, housing, and medical. Send her through
the wood chipper. 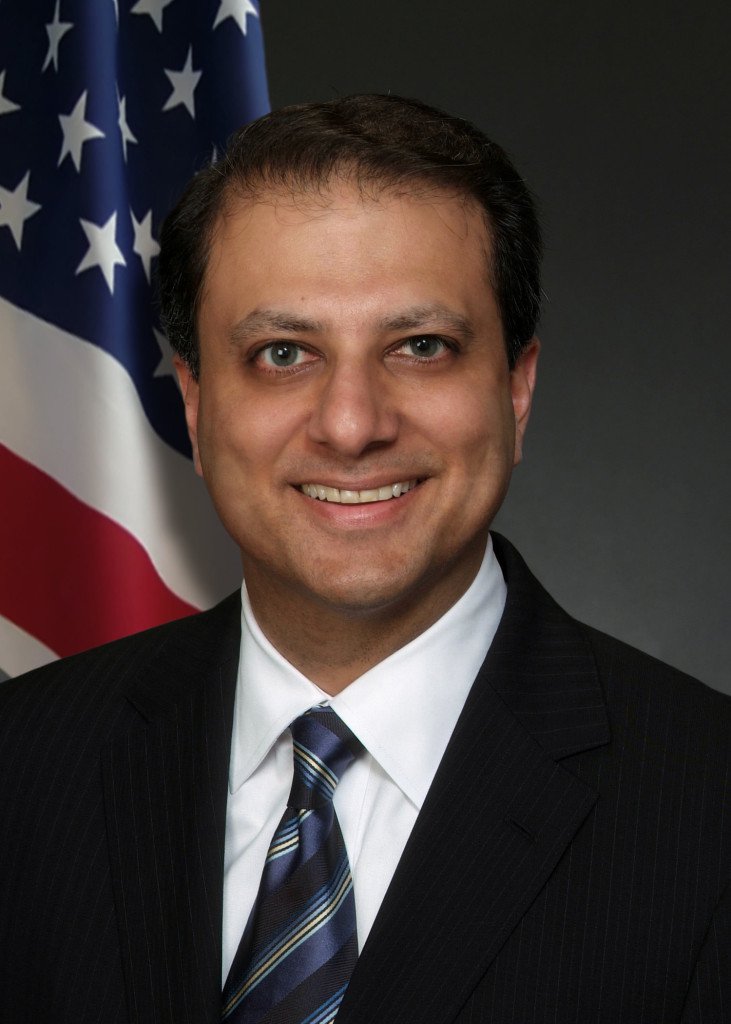 The subpoena, which is authored by United States Attorney Preet Bharara and signed by Assistant Attorney Niketh Velamoor claims that it is seeking “evidence in regard to an alleged violation of: Title 18, United States Code, Section 875.” This U.S. Attorney is looking for evidence of violations of the federal law against interstate threats which is the same statute that was at issue in the Supreme Court’s decision in Elonis v. U.S. last week, in which the Court decided that to be a “true threat” in violation of Section 875, the speaker must have some level of knowledge or intent that the hearer will take the threat seriously.

The political nature of the subpoena is quite transparent. According to his profile, Preet Bharara has made a career out of prosecuting cases related to “terrorism” and the war on drugs in the Southern District of New York.  This means that he appears before this particular judge almost daily for various cases; the subpoena appears to be little more than a political favor to this judge and also perhaps a subtle threat to the rest of the online dissenters out there: be careful who you criticize, and how you do it…or else.

Regardless of how one feels about the trial of Ross Ulbricht or his personal exploits, liberty advocates should be out on the roof tops shouting their outrage over this attack on online speech. It is ludicrous to claim that comments such as “he/she should be shot on the steps of the courthouse” are to be construed as actual threats, especially if the individual in question is a “public servant” or someone involved in making public and controversial decisions on a daily basis. As a journalist I have seen it all myself, including death threats received from anonymous critics. I shrug them off, put on my Glock and move on.

The implication here is that not only should we, the members of the public, accept what amount to outrageous, unconstitutional and tyrannical decisions from our “servants,” but that we must do so silently and without any outward sign of displeasure in accepting these decisions.  In essence, there is a clear expectation on the part of the ruling elite for the general public to accept, without questioning, their assault on our public liberties and freedoms.

The judge in this case, Katherine Forrest, has been doxed several times in the last year, by users of 4chan, 8chan and the TOR site, The Hidden Wiki. Her home address, telephone number and other information, none of which would be considered to be private for the rest of us, was published and then subsequently removed from all these forums. 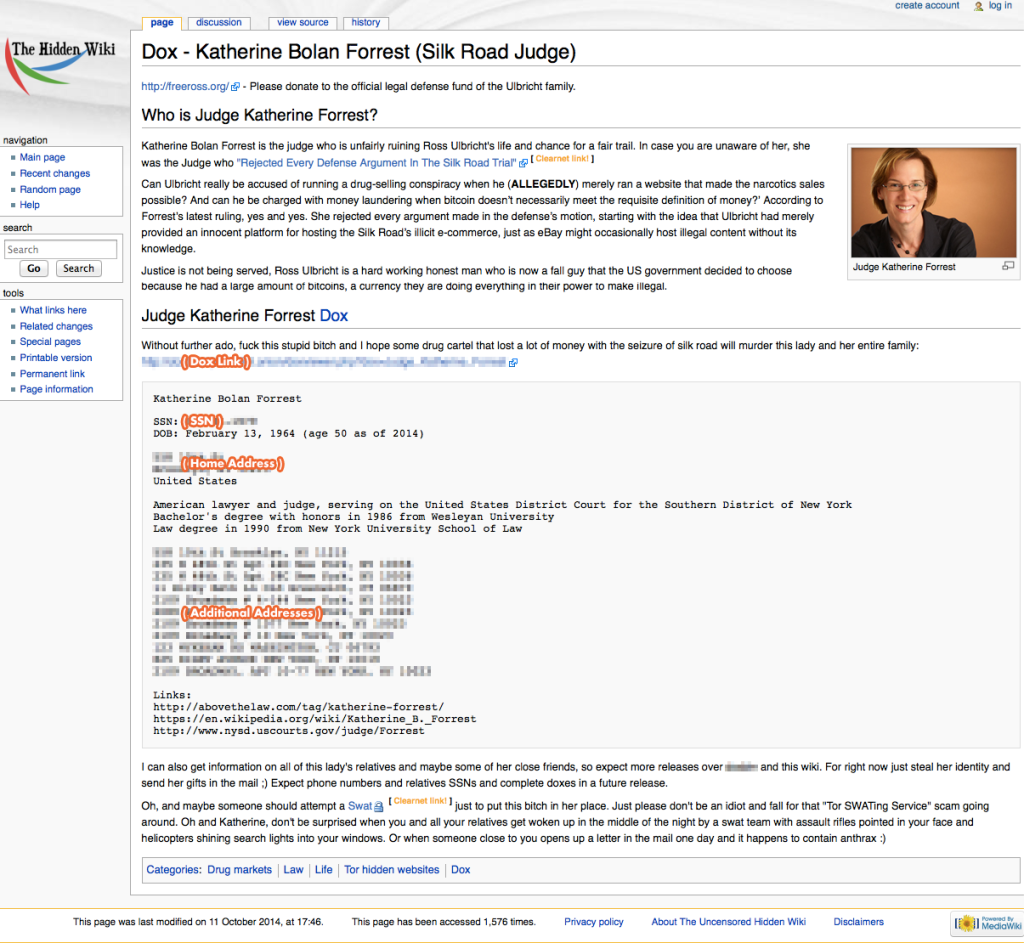 So the question is, how can a federal judge and a government attorney, who are both paid through coercive taxation by the American people, be in a position where their actions are outside of the scope of “outrage” that we as the public have the right to express? Let us pretend for one moment that this judge did in fact err in her decision to sentence Ross Ulbricht to life in prison. What recourse do we have in this situation? One basic right is to take the outrage online and post online, sometimes angrily, about how this judge has violated her oath of office.

So if this very basic right to speak against decisions made by government bureaucrats is scrutinized and threatened with subpoenas, what else can Americans resort to? Is this not the government which was established after strong dissent towards the British crown? Even violent dissent? So why was this dissent acceptable then but not now?

When the guys from Popehat.com called the U.S. attorney that signed the subpoena sent to Reason Magazine, Mr. Velamoor responded with defensive and sometimes intimidating comments, claiming that there is a gag order on the subpoena, which is a statement that contradicts what the subpoena actually states, namely that it does NOT have a gag order associated with it.

Velamoor misspoke yet again when he claimed that the commenters did not commit a crime, however they need to be unmasked first in order to make a full determination.  In essence, these government lawyers are on a fishing trip aimed at punishing anonymous dissenters and sending a message to the rest of us: shut up, keep your voices down and stop complaining about unjust judicial decisions.

Perhaps Judge Katherine Forrest should be doxed, exposed or threatened by the general public if she made a horrific decision; after all she is a public servant who is seeking to not be accountable to the public and hiding behind a wall of subpoenas aimed at unmasking her anonymous critics.  She has made a career out of destroying to lives of peaceful Americans engaged in non-violent activities. Ross Ulbricht simply ran a commerce website and provided services which made the lives of everyone involved more peaceful and less violent. This judge has showed little desire for real justice in her courtroom throughout the trial by repeatedly blocking evidence beneficial to the defense and even ruling that emojis are admissible as evidence. At best she is just incompetent. At worst, she is corrupt and malicious.

It is for the American people to choose the path to a hopefully peaceful revolution and decide when they’ve had enough and when they can take back the reigns of power from their “public servants.” And perhaps it can be done without violence, executions or war, but unlike their government, most American people are only calling out for action and are not acting on their statements yet. What will this judge and what will these government attorneys do when millions of people stop commenting online and instead go on the streets to take action? Will they subpoena us all?