How The USA Freedom Act is Actually Reducing Freedom in America

The USA Freedom Act was successfully passed in the U.S. Senate with a final vote of 67-32.  This was preceded by a tumultuous weekend of Rand Paul throwing sticks into the wheels of other senators willing to renew an un-ammended version of the original Patriot Act which allegedly was the only document allowing for the NSA and other federal agencies to perform mass-surveillance on millions of unsuspecting Americans.

Consequently, the newly shaped and misnamed “Freedom Act” (which has nothing to do with freedom) is turning out to be just another joke pulled on the Americans who are now too busy debating the sexual exploits of Bruce Jenner to pay too much attention to how their freedom is slowly being strangled by the sadists in Washington DC.  The scene is nothing short of a comedy put on full display in front of a public unaware of the fact they are in fact watching a snuff film where Liberty will pay the final price.

Mainstream media outlets are excitedly describing the passage of this bill as a win for the American people, outlining how the NSA is now facing an uphill battle in collecting bulk digital data about all of us. Even Reason Magazine, who should be a beacon for common sense and “reason” is describing the bill as a “win” that does not end mass surveillance (a bit of a bipolar conclusion if you ask me):

No, it does not end mass metadata collection entirely, but it does require more selective search terms for records, collecting them from the telecom and Internet companies using these terms, not just trying to collect all records and then searching through them for the ones they want.

I’m quite confused as to how a few additional search attributes makes it more difficult to spy on us, but I am sorry to be the one to inform you that this bill will not increase your freedom as an American, nor will it end mass surveillance by the federal government.  Not only does the Freedom Act not increase freedom, but it is actually making it easier for the NSA and other federal agencies to monitor Americans without oversight.

It is a well-known fact among Information Security Professionals that the NSA has been in bed with telecommunication companies for decades, even well before 9/11.  For example the existence of Room 641A at 611 Folsom St. in San Francisco was exposed well before Edward Snowden’s revelations, but nothing could be done about the existence of this surveillance facility as it was the result of a voluntary relationship between AT&T and the National Security Agency. 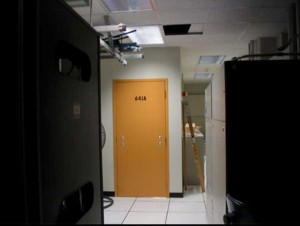 Room 641A is a telecommunication interception facility operated by AT&T for the U.S. National Security Agency that commenced operations in 2003 and was exposed in 2006

Worse, the information about the blatant partnership between the NSA and AT&T was made public in graphic details by Mark Klein, an AT&T employee who blew the whistle on the existence of the surveillance facility.  Klein even swore under oath the following:

While doing my job, I learned that fiber optic cables from the secret room were tapping into the Worldnet circuits by splitting off a portion of the light signal. I saw this in a design document available to me, entitled “Study Group 3, LGX/Splitter Wiring, San Francisco” dated Dec. 10, 2002. I also saw design documents dated Jan. 13, 2004 and Jan. 24, 2003, which instructed technicians on connecting some of the already in-service circuits to the “splitter” cabinet, which diverts some of the light signal to the secret room. The circuits listed were the Peering Links, which connect Worldnet with other networks and hence the whole country, as well as the rest of the world.

In 2006 the story fizzled out into a lawsuit by the Electronic Frontier Foundation against AT&T, with the Supreme Court refusing to hear the case in 2011 after it was dismissed by the Ninth Circuit Court based on the retroactive grant of immunity the Congress used to protect telecommunication companies who were willing to partner up with the NSA voluntarily.

The FISA court which was handling surveillance requests under the Patriot Act has no authority to dictate the extent of the private and voluntary agreement between telcos like AT&T and Verizon and the NSA.  The metadata or bulk data that these telcos are collecting and turned over to the NSA voluntarily is also not subject to any warrants or permissions given by the FISA court.

In essence, the passage of the Freedom Act is actually making things worse for Americans from a state surveillance perspective as it is now forcing the NSA to use unscrutinized side-channels to collect data.

The NSA has the money and the motivation to bribe and pay their way into your phone, home or bedroom, regardless of the laws passed by Congress. The $10 million paid to the RSA to insert a backdoor into their encryption products is a drop in the bucket.  Billions of dollars flow to companies like Microsoft, Booze Allen, Orange, Stratfor and Vodafone that allow for the backdooring of products or outright tapping into the lives of unsuspecting Americans.  The CIA has even retained In-Q-Tel in order to place investments into high-tech startups in order to retain their technologies or place backdoors into their products in exchange for money.

And when the NSA cannot legally spy on Americans, they retain the services of companies like Palantir Technologies, which will spy on us on their behalf.  Wikileaks provided documents showing that Palantir employees, together with consultants from the defunct HB Gary Federal will provide software able to collect, analyze and correlate information from the general public while also being able to create public streams of misinformation aimed at discrediting critics of the federal government, such as Glenn Greenwald.

It is not necessary for me to continue explaining why America has yet again been suckered into supporting the illusion of freedom while in fact losing freedom on every single front. This is my desperate attempt to throw a little bit of light and cold water on the spectacle that continues to unfold before our eyes, the both sadistic and masochistic relationship between the American people and their government. It’s a bizarre, pseudo-religious display of flag worship and patriotism which is repaid by the State with more pain, tyranny, taxation and war.

The scandalous display will continue unabated until principled whistle blowers and technology, not Congress, will save us from the ever-present eyes of the NSA.